We have a range of highly experienced construction industry consultants, who we engage on a project by project basis, including quantity surveyors, programmers and planners, building surveyors, defects specialists etc.

All Admin Support is provided by Sheila Bunton, a partner in Bunton Consulting. 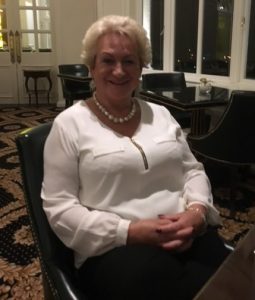 Expert Witness in front of an International Arbitration Tribunal on a power station project constructed in India. Preparation of an Experts Report on Quantum, which included visits to clients offices in Germany, and giving evidence to the Tribunal in Delhi, India. Parties not identified due to confidentiality agreement.

Expert Witness for the Respondent relating to extension of time and quantum submissions by the Claimant, in Mediation Proceedings, in connection with the construction of two Cooling Towers, on a massive petrochemical project constructed in Kuwait. Report submitted and mediation concluded. Investigations included examining records of the project, held in Amsterdam, Holland. Multi million dollar in dispute.

ABB Zurich, Switzerland. Carried out project reviews of cost overruns of several projects located in Lithuania, and Saudi Arabia. Preparation and negotiation of claim settlement. Based in Zurich.

ABB Zurich, Switzerland. Provided contractual advice for ABB in connection with disputes with SECL and IPSL.

Contractual advice to Owners in relation to a range of financial disputes on Power Stations at Sellafield, Torness, Hunterston and Selby.

Contractor in Stockholm. Providing contractual advice in relation to a muliti million dollar facility to be constructed for Coco Cola in Sweden. Analysed risk management issues with Owners, prior to commencement on site. Project completed with no contractual disputes.

Kvaerner Govan Shipyard. Preparation of time and quantum claims against head contractor on multi million pound dispute on the construction of a naval frigate for the Ministry of Defence, negotiated settlement of claim.

Fellow of the Royal Institution of Chartered Surveyors

Fellow of the Chartered Institute of Arbitrators

Honorary Fellow of the Royal Incorporation of Architects in Scotland

Panel member of the Chartered Institute of Arbitrators

Member of the Law Society of Scotland Regulatory Committee

Len has written articles for Property Executive, Project Scotland, Contract Journal, the Building magazine on conditions of contract, arbitration, adjudication, extension of time and loss and expense claims, construction insolvency and on PFI/PPP for the PFI Report and the PFI Journal.

He has recently completed a review of current adjudication issues.

He is a former editor of the Adjudication Society newsletter (www.adjudication.org).

He also edited the text book by Ian Cherry on the Standard form of Building Contract.

He currently reviews books for the RICS, the CIArb and Project Scotland.

Chaired study group set up by the Chartered Institute of Arbiters on construction disputes.

Appointed as Chairman of RICS Assessment Panels for Adjudicators.

Member of the Advisory Board of the Association of Construction Adjudicators.

26 appointments as Arbitrator, or as party adviser in Arbitration.

I have acted as lead technical consultant on two major arbitrations in the UK.

Over 400 appointments as adjudicator both pre and post the HGCR Act.

Over 50 appointments post the HGCR Act as adviser to the parties.

Acted as Expert Witness to an International Arbitration Tribunal in Delhi, India, and in a Mediation in the UAE.

Len qualified in 1972 and after a period in the public sector he became an associate then partner with a professional QS firm. He commenced his own firm in 1979 and from a standing start developed this into a 50 strong practice by the mid 80’s where he became senior partner. He developed the firm into project management, cost management, building surveying and dispute resolution.

In the early 90’s he was approached by a leading UK company, Beard Dove Ltd, who acquired his firm, with Len becoming Operations Director in Scotland. He developed into other areas of this company and eventually was appointed as a main board director in 1995, with operational responsibility for the northern part of the UK. He also set up and was responsible for the company’s Contract Advisory Services unit in the UK.

In 1996 Len joined the Bucknall Group as main board director and again took operational responsibility for operations in the north region of the UK. In the following years he developed further his high level procurement experience on major building and civil engineering projects, developed the companies PFI/PPP consultancy and also became involved in contractual issues on Prime Contracting. He has played a significant role in customer care, best practice and business development etc.

He has acted as project director for cost management on a number of major construction projects.

Len first developed focused experience in dispute resolution in 1978. He took a specific interest in construction law and has lectured regularly on conditions of contract internally, and also to clients.

From 1978 to present he has been involved in many dispute resolution issues and has acted as arbiter, adjudicator, expert witness, mediator, conciliator and claims consultant, in the United Kingdom and Internationally. He has appeared in court on a number of instances as expert witness.

Len is the current chairman of the Scottish Building Contracts Committee.